A little gem at the heart of the community
Menu

The special day of commemorative events which took place on Saturday 26th September was itself truly a day to remember. The parade made up of pipes and drums, army and air cadets, Kings Own Scottish Borderers veterans, relatives of Daniel Laidlaw, children from Hipsburn School, Council representatives together with the flag waving and cheering crowds filled the bunting bedecked main street with stirring sounds and vibrant colours.

The salute was taken by Lt Colonel Colin Hogg (KOSB trustee) after which he unveiled the specially commissioned plaque paying tribute to all pupils of the school who served in the First World War. Northumberland’s Armed Forces Champion Cllr David Ledger then unveiled a Commemorative paving stone marking 100 years from the action that resulted in Piper Laidlaw’s VC.

Directed by Head teacher Dot Charlton the children enacted an Edwardian era lesson which ended with them singing fours popular songs of the day.  This took place on the stage in a part of the Hall which was one of the four classrooms when it was the village school.

There were 18 members of the Laidlaw family present and by all accounts they thoroughly enjoyed their day. In an email to the Hall committee, Great grandson Michael Laidlaw wrote:” I believe that I speak for all family members present, when I say we were amazed at the welcome and enthusiasm displayed by all taking part, on what was a very enjoyable informative day.”

The organising committee would like to thank all the volunteers, helpers and supporters you contributed to making this such a memorable day.

We are very grateful to Colin Platt for spending the whole day at the event and taking these brilliant photos. 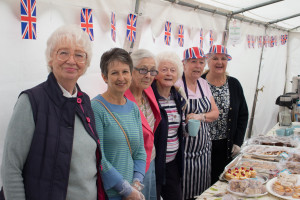 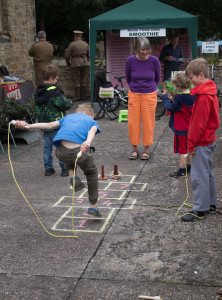 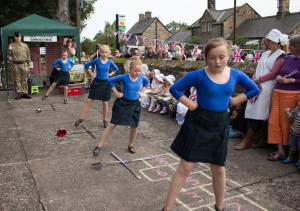 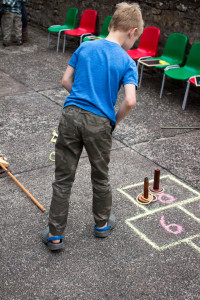 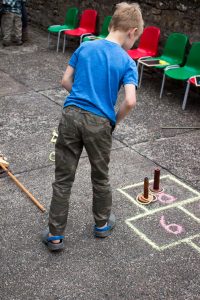 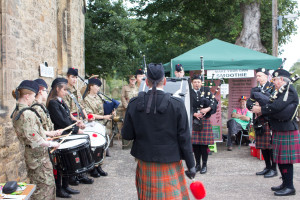 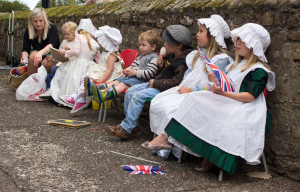 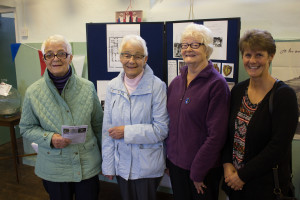 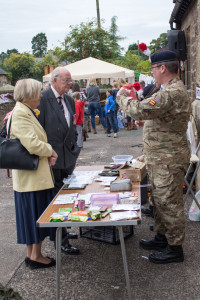 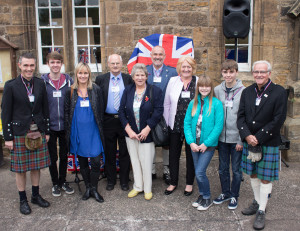 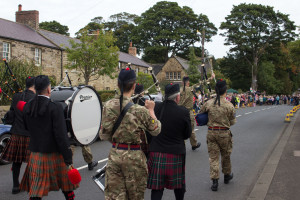 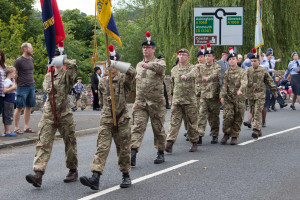 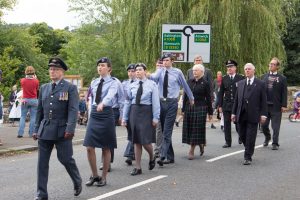 Programme of the Day’s events

Thanks to Francesca Simpson for letting use her superb biro drawing of the Hall as the logo for this event.

Background to the Event 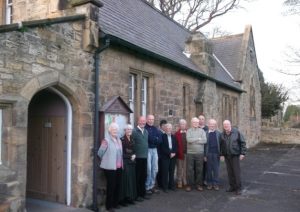 Plans to honour a First World War hero who was awarded the Victoria Cross have helped to uncover more details about his fascinating life story.

In April, we reported that the Lesbury Village Hall management committee wanted to install a special plaque at the building in memory of Piper Daniel Logan Laidlaw.

The article sparked a big response, including from his descendants, and helped to paint a picture about his past.

Educated at Lesbury’s Church of England School, which is now the village hall, Laidlaw, born in 1875, became a miller’s apprentice at Lesbury mill. He worked around north Northumberland at different stages of his life, including at Alnwick’s Co-operative store and in South Doddington with a firm of horse breeders. He was an assistant scout master and also worked as a post-master, near Norham. 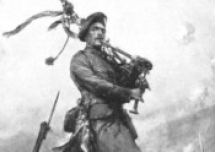 Laidlaw married Georgina Mary at Alnwick Baptist Church in 1906 and they had six children.

He joined the Army at 21 and served in the Durham Light Infantry, in India, before transferring to the King’s Own Scottish Borderers as a piper until 1912. He re-enlisted when the First World War started. He attended both world war victory parades in London. 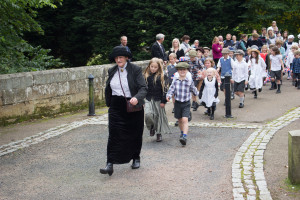